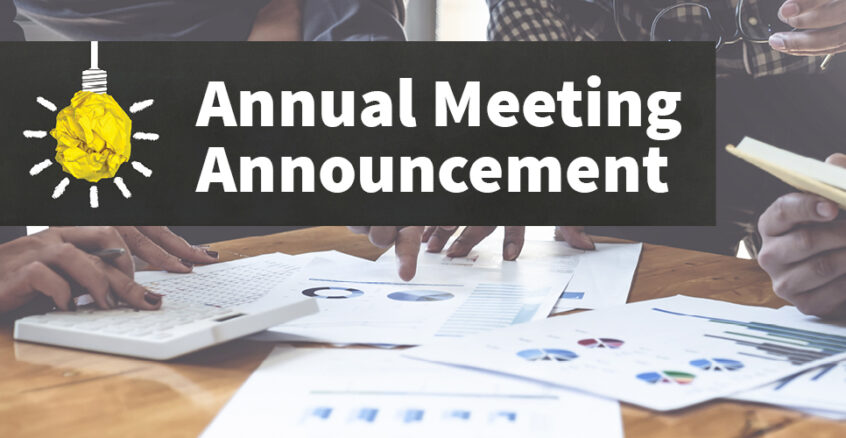 All members are invited to attend the SPCO Credit Union Annual Meeting. Come out, get involved, be informed, and exercise your right to vote!

*This in-person meeting may change to a virtual meeting depending on current COVID numbers. Please watch our website for the most current information.

Rules for Nomination from the floor at the Annual Meeting: Nominations cannot be made from the floor and the election will not be conducted by ballot when there is only one nominee for each position to be filled.

Procedures for the election: Nominations will be posted in a conspicuous place at the credit union office by April 26, 2021 – 30 days before the Annual Meeting.

Meeting set for May 25, 2021: The election will be conducted at the Annual Meeting. Irrespective of the number of shares, no member has more than one vote. All elections are determined by a plurality vote. When only one member is nominated for each position to be filled, the chairman of the board may take a voice vote or declare each nominee elected by general consent or acclamation at the annual meeting. No member may vote by proxy. An organization, incorporated or otherwise, holding membership in the credit union may only be represented by one person authorized to represent it and said authorization shall be maintained on file in the credit union.

Board of Directors and Term Expirations

*These Board Members are up for reelection in 2021.

Nominations for the vacancies may also be made by petition. Nominees by petition: